Imagine winning a brand new car before you reach the age of twenty-one. Well that’s exactly what happened to Chantelle Hudson from North Lincolnshire after taking part in the Good Egg Drivers programme, a UK wide initiative that helps young people become better, safer drivers and teaches them how good driving can save on their costs too. 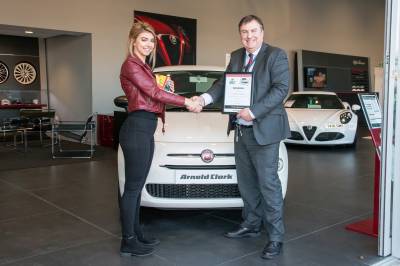 The 20-year-old was picked from thousands of entrants in the Good Egg young drivers’ competition and got the keys to her very own brand new, white Fiat 500 courtesy of Arnold Clark motors.

This amazing prize is part of a scheme to raise awareness of road safety issues which affect young drivers between the ages of 17-25 - a high risk group for road casualties. The course covers key topics such as choosing the best driving instructor, and tips and techniques for staying safe as a new driver or as a passenger worried about another young driver’s behavior. The workshops are interactive and engaging and the independent evaluations show them to be highly effective. It has proven very popular in both schools and colleges throughout the UK. 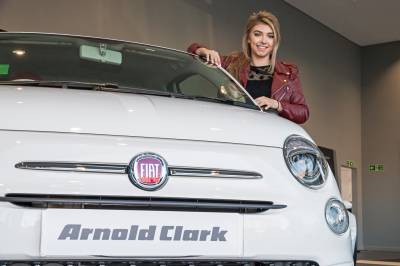 Jan James who runs the Good Egg Drivers initiative added: “We are delighted that Chantelle has won this great prize. Independent evaluation has underlined the effectiveness and importance of this programme in helping to tackle the unacceptably high number of young driver and passenger casualties on UK roads.

‘It’s important to us to help raise awareness of young driver safety,that’s why we continuously support Good Egg with their new drivers initiative.  The scheme is a valuable learning resource for young people and I am delighted to see that a participant of the workshops was chosen as the winner of the Fiat 500, donated by Arnold Clark. I’d like to wish Chantelle many years of safe and happy motoring in her new vehicle.’

As part of her prize, Chantelle will also receive a year’s worth of free telematics insurance from MORE TH>N SM>RTWHEELS. They incentivise inexperienced drivers with cashback, rewarding consistent, safe driving behaviours and the company has given over £1,000,000 back to its customers since launch. 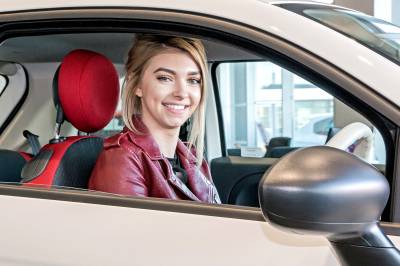 Ruth Gore, Safer Roads Humber said: Ruth Gore spokesperson for Safer Roads Humber said "The partnership is delighted that Chantelle has won the car following the visits from Good Egg. More importantly during 2016 over 527 young people benefitted from the Good Egg Young Drivers initiative, which was funded by Safer Roads Humber. Young people regardless if they are drivers or passengers in young drivers cars, can face a higher risk of being involved in a crash than other drivers.  We were extremely pleased with the way the students responded to the Good Egg events and the icing on the cake is for a local student to be the winner of the national competition."

Devastating Stats Jump-start Crucial Pilot Scheme ...
The worst driving habits and how to avoid them