Good Egg Drivers has not set their biography yet

What are the cheapest cars to insure if you are a new driver? 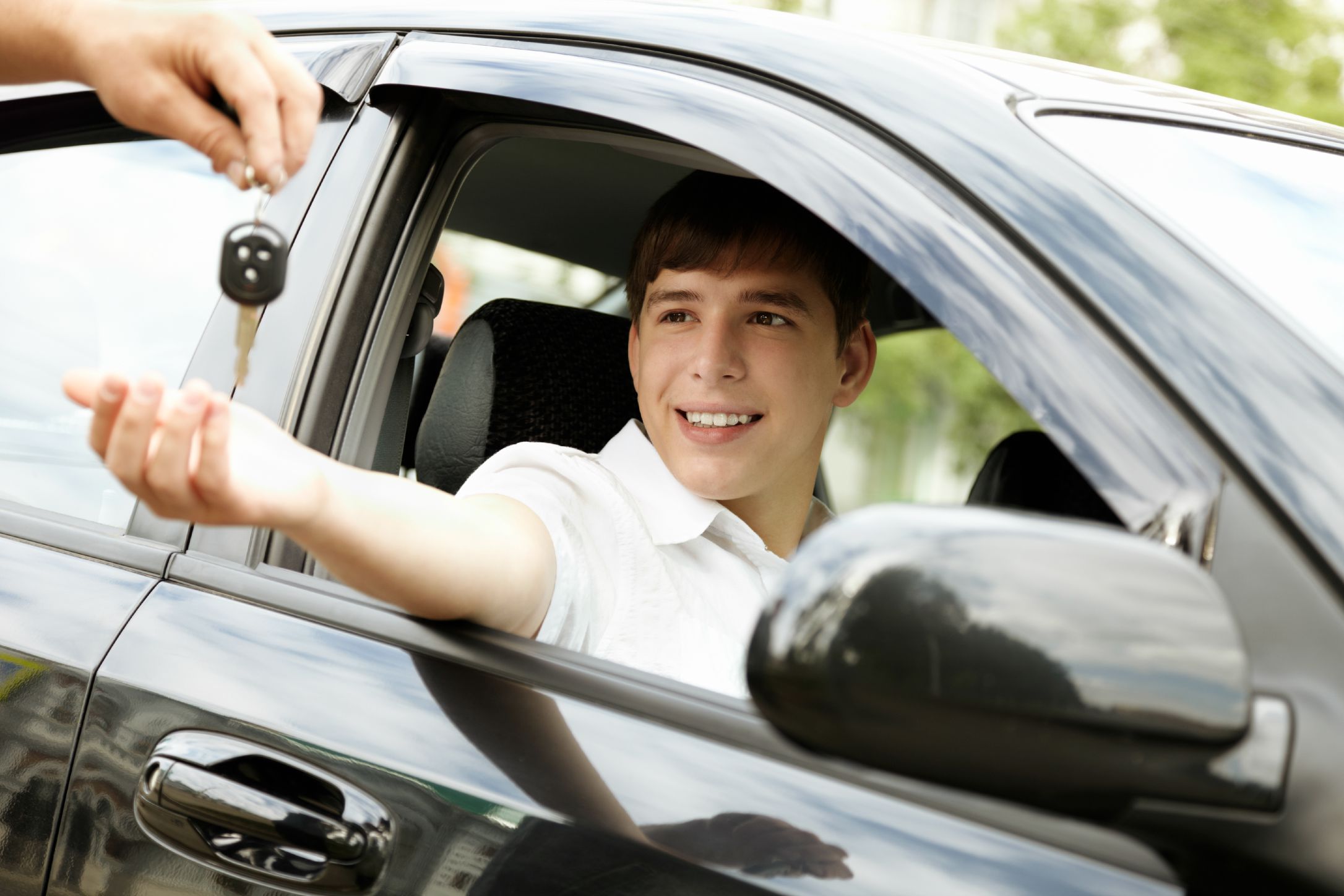 Congratulations! You have passed your driving test. All of your hard work has paid off and you can now look forward to many years of happy motoring.

You now have the tough decision of deciding which car to go for. You may have already seen your perfect car, but aren’t sure how expensive it will be to insure. Or you may need some inspiration in finding one that’s insurance costs won’t eat up all your money.

To start off, it’s worth keeping in mind that vehicles can fall into 50 different insurance groups, with group one being the cheapest and group 50 being the most expensive. Insurance companies also take things into consideration such as the age of the car, safety features and where it will be parked when calculating cost.

To make things a bit clearer, we have compiled a list of cars that are in low insurance groups and will be the cheapest to insure if you are a new, young or teenage driver. 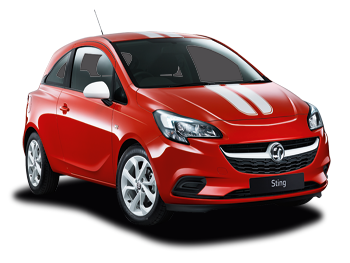 The Vauxhall Corsa is one of the most popular cars in Britain and it is easy to see why.  It is cool, stylish and fun to drive. The good news is that its Expression Ecoflex model is in insurance group one, the cheapest insurance group. 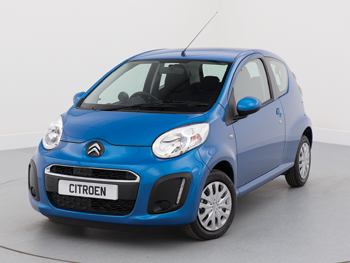 The Citroen C1 VTr is in insurance group two and is ideal for city and urban driving. The C1 VTr is compact, making it perfect for new drivers who worry about squeezing into those tight parking spaces. 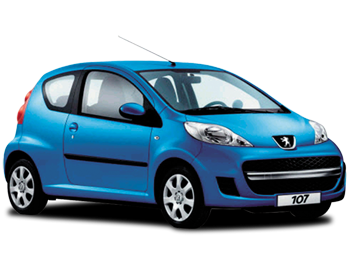 If looking for a car that has low running costs and low priced insurance, the Peugeot 107 is a car to consider. It comes in loads of fun colours too. 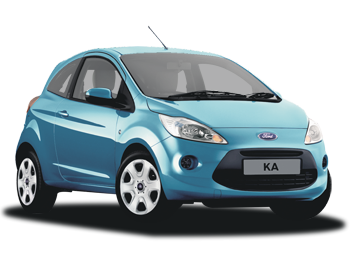 The Ford Ka is a fantastic first car. The current Titanium model falls into insurance group four, making it ideal for a new driver. 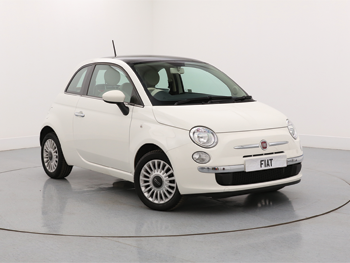 If you are looking for a retro-inspired car that’s insurance won’t cost the earth, then the Fiat 500 may well be the one for you. Its Pop model sits in insurance group five. 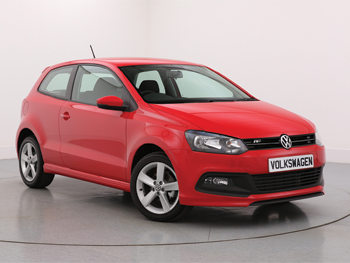 The Polo has all the quality you would expect from Volkswagen, and stylish looks to boot. The insurance will be affordable too, as it is placed in group five.

Buying your first car is a major milestone, and there is so much choice that it really is a buyers’ market. Whatever you decide to go for, make sure it is right for you, not only in cost but how you feel when driving it. Older cars may seem more appealing due to their lower price but newer cars are reliable and will have the latest safety features. Many come with warranties and service plans, giving you peace of mind.

Managing the cost of learning to drive 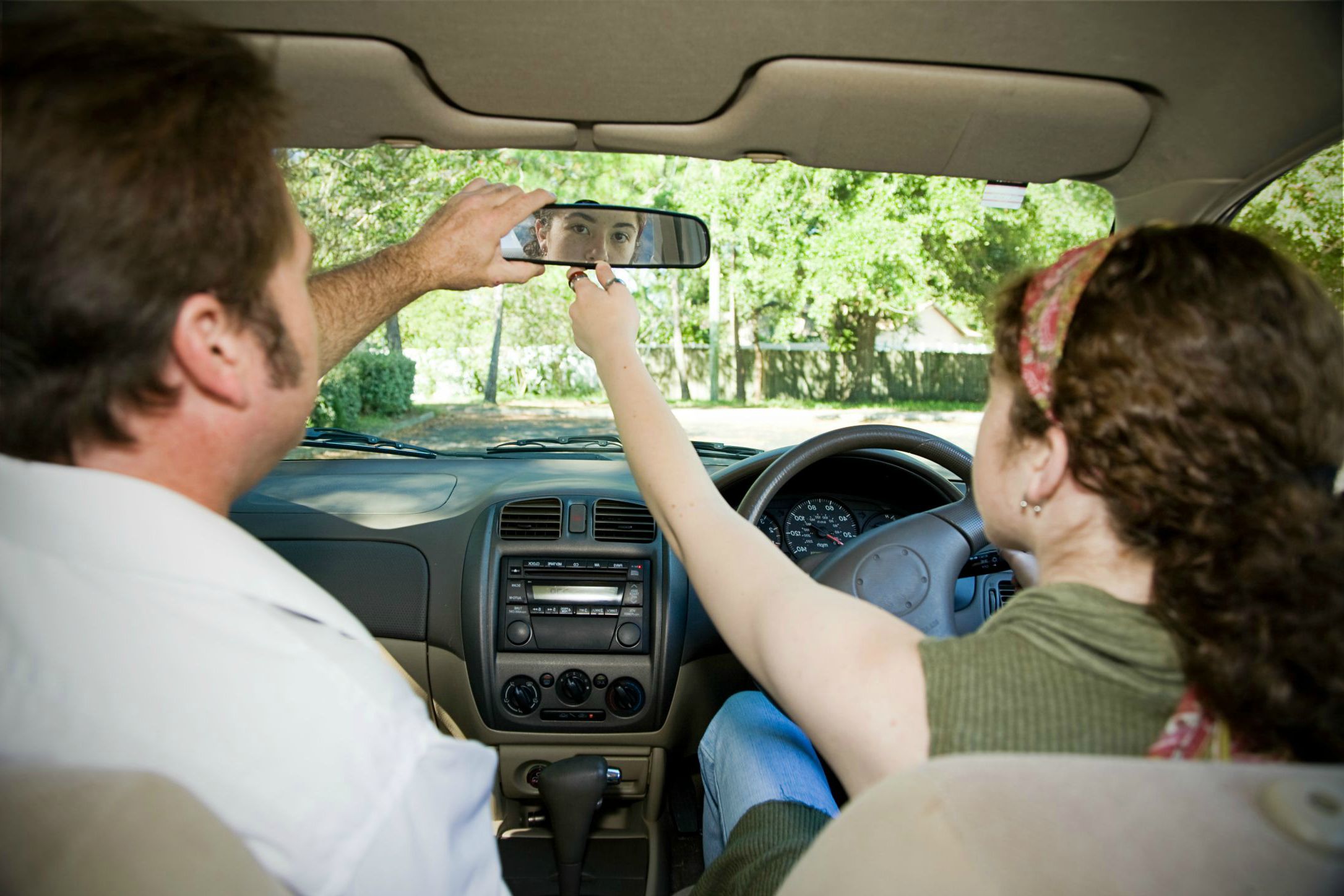 Your friend’s birthday is coming up, you have a phone bill to pay, there are end of school/college year holidays and nights out to fund, so where are you meant to find the money to fund driving on top of all that?  Learning to drive can cost up to £1,128 (based on the recommended 48 hours of lessons) and once you pass, things don’t get much easier. Here are some handy hints and tips on how to save the pennies while trying to keep up with your social calendar.

Don’t always go for the cheapest

When it comes to choosing an instructor, don’t always go for the cheapest. That may seem strange as this is a guide to saving money, but you will get better value from an instructor that is well suited to your individual way of learning.

You may find that a one-hour lesson just isn’t long enough for you to really get to grips with what you are being taught.  Often, two-hour lessons can seem exhausting but they can be more beneficial as you can practice manoeuvres until they are perfect.  This way you may feel that you get more out of a lesson and that means better value for money. 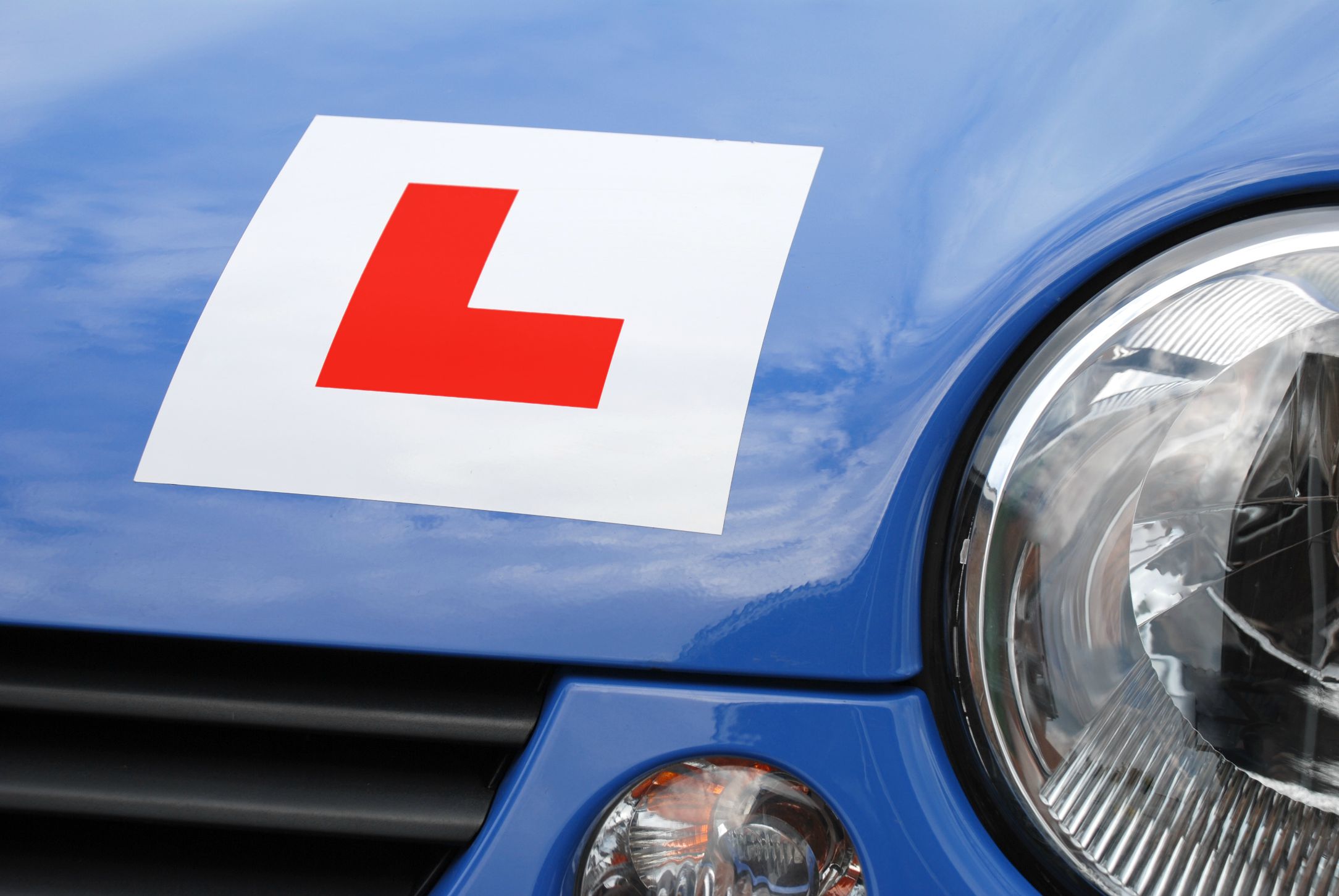 Before being able to sit your practical driving test, you must pass your theory test.  When it comes to studying for this you can find all the information you need online.  However, if you’d prefer to study from an actual book, you should look for a second hand one or even try your local library in order to save costs.  The cost of sitting a driving theory test is currently £25, as of October 2014.  This is due to drop to £23 in October 2015.  This is an unavoidable cost when it comes to learning how to drive. Extra tip – make sure any second hand books you buy have the most up-to-date information and highway code.

Many learners who feel impatient can take part in an intense driving course, as they often come with the promise that they can teach anyone to drive within a week.  With this type of learning it is recommended that the theory test be taken first. This method may have a large initial outlay and therefore may not be suited to those that would rather spread the cost of their lessons.

Driving may not the cheapest thing to learn, but it is highly beneficial and will probably pay off eventually. It can help with employment and is a highly practical skill to have, so it is smart to think long term when it comes to driving. 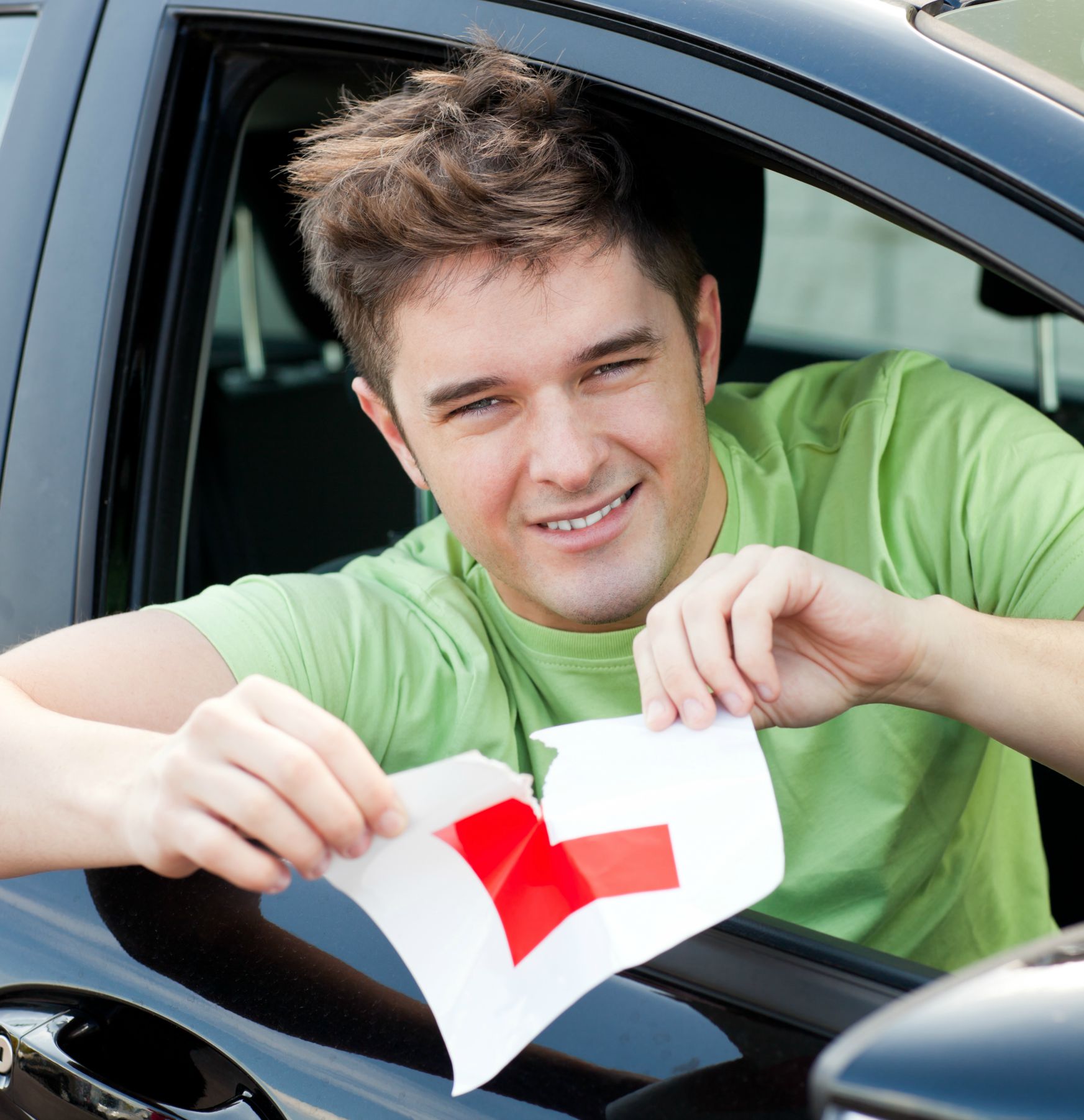 Many drivers that pass their driving tests then go on to do the Pass-Plus course. This requires a further minimum of 6 hours of driving lessons and is used to improve new driver’s basic skills and ability to avoid accidents.  It will also give you the chance to do some motorway driving.  Pass-Plus will improve your confidence and can also decrease the price of your insurance premium. The discount you can receive on insurance often covers the cost of the extra lessons – making it virtually free and highly beneficial. 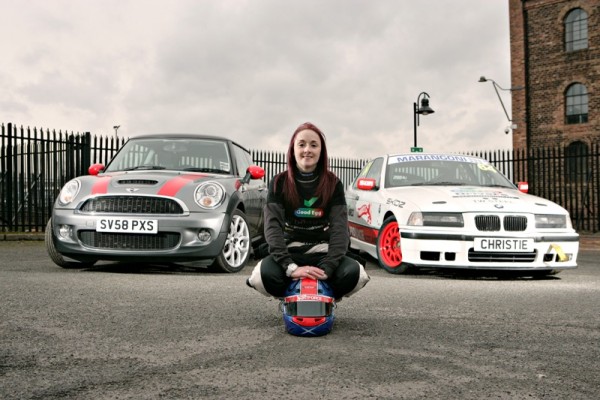 Christie Doran is a rising star in the motor racing world, and so pupils at George Heriot’s were happy to defer to her superior driving knowledge when she delivered a safety message during a recent visit.

Christie who is herself only 20 worked with sixth year pupils at the school to explain how her high-level training and knowledge of the importance of car control, can help new road users.

She is an ambassador for Edinburgh-based Good Egg Drivers, a respected, UK-wide safety initiative which has already helped thousands of students become better safer drivers.

One pupil Fiona Brewis, 17, said: “The talk definitely changed my outlook on driving. I haven’t sat my test yet and I was shocked by how unaware I was of some of the risks. Some of the statistics for young drivers were really alarming, especially those around impaired driving through drink and drugs.

“The workshop was highly interactive which made it really interesting and engaging; we worked in mixed groups – some people had passed their test and some hadn’t – and discussed different hazardous driving situations and other risks we would be facing on the roads.

“I’m really glad Good Egg came to our school as the talk has definitely had a positive impact on me and I am determined to be a cautious and safe driver from now on.”

Pupils were particularly surprised at the frequency of young drivers being involved in collisions and discovering that  those who recently pass their test can lose their licence again so quickly by acquiring just six penalty points within the first two years of driving.

Ross Keohane, 18, said: “One of the most interesting and probably most shocking things I learned was about the effects of drugs on driving, especially cannabis. Everyone knows not to drink and drive but many people weren’t aware of the risks of taking drugs and driving.”

Having Scottish Sun rookie racing driver Christie as an ambassador for Good Egg also proved to be a hit among Heriot’s pupils.

Sophie Hannigan, 18, said: “The fact that there was a visiting racing driver who knew the importance of taking safety from the race track to the road made the session more interesting. She was great at answering questions.

“Christie is also close to our age, which made the session very relatable and me and my classmates really listened and engaged with her.

“I definitely think I will be a safer driver as a result of this workshop. It has made me much more aware of the risks and also far more cautious about getting lifts from my friends or other young drivers like me who have just passed their test.”

Now Christie is looking forward to future school sessions and urged any aspiring, learner or new drivers to check out the recently relaunched website.

She added: “My work with Good Egg Drivers involves regularly going into schools and colleges to speak with 17 and 18-year-olds. They want clear help and advice.

“That is what the new website delivers and it informs them in a way that young people like myself can relate to.

“I am doing everything I can to promote Good Egg Drivers and get them to visit the website. I have no doubt that it will make better, safer drivers.”

Good Egg Safety is headquartered in Edinburgh and its Good Egg Drivers campaign, aimed at 17-year-olds, and is running special events throughout the UK. The website, www.goodeggdrivers.com offers vital free advice to young drivers and anxious parents including safety tips and information on the potentially disastrous consequences of driving while under the influence of drugs or alcohol.

The main aim of the new site is to underline a simple, seven stage process – applying for a provisional; choosing an instructor; the theory test; the practical test; buying the first car; getting insured; keeping their licence. Each section is packed with downloadable guides and resources, which consistently reinforce the principles of safe and responsible driving.

Ann Connor, Head of Year Six at George Heriot’s, said: “Good Egg is a really valuable resource and I would highly recommend it to all other schools or colleges with high numbers of novice and learner drivers.

“I am often concerned that the pupils are only focused on passing their test, and forget about road safety and other important aspects. I think they got a huge amount of important, potentially life-saving information out of this experience and it definitely had a positive impact on them.

“There was a good balance between the team from Good Egg talking to the students and group activities, which meant it was highly interactive and kept them interested throughout.

“I’m confident it will encourage our pupils to be safer drivers. Those who we spoke to afterwards certainly made it clear that they had changed any unsafe attitudes towards driving as a result of the session.”

Good Egg Drivers is a highly-respected, safe driving initiative which has won backing from Road Safety GB, RoadSafe, Brake, IAM and many other leading road safety organisations and is supported by one of Europe’s biggest car retailers, the Arnold Clark Group.